Join us on campus for a public lecture delivered by the University of Gibraltar’s Research Office. This lecture, titled ‘News and Views on coastal marine resources exploitation in the Prehistory of the Iberian Peninsula ’, will be presented by Dr Esteban Álvarez Fernández, senior lecturer in the Faculty of Geography and History at the University of Salamanca (Spain).

Today marine animals are common foods in our diet. Molluscs, crustaceans, and fish, in particular, are not usually missing from our table, above all in coastal towns of the Iberian Peninsula.

Which hominid was the first to shellfish, fish and hunt marine animals? Since when was there this interest in acquiring this type of nutritious food? What kind of remains are preserved in archaeological sites? How has the consumption of this type of resource changed in the last 100,000 years? What technologies did they use to obtain these foods?

Esteban Álvarez-Fernández’s presentation will discuss the role that marine resources played in the diets of human groups in prehistory of the Iberian Peninsula, specifically, during the Paleolithic, the Mesolithic and Neolithic periods (between 100,000 and 5,000 years before the present).

Dr Esteban Álvarez-Fernández was born in 1974 in León, Spain. He was awarded a licentiate in Geography and History in 1997, specialising in Prehistory, by the University of Salamanca (USAL). He received his PhD in Prehistory in 2006 and is currently a senior lecturer in the Department of Prehistory, Ancient History and Archaeology at USAL. As a university lecturer, he regularly teaches prehistoric thematic courses in History. He is a director of the Master’s Degree in Advanced Studies and Research in History at the USAL and since October 2017 he has been the principal researcher in the Recognised Research Group “STUDIES OF PREHISTORY IN THE IBERIAN PENINSULA”. His research interest focused on marine subsistence behavior of human populations in SW Europe and North Africa. His research experience is highly interdisciplinary. It combines archaeological fieldwork and traditional artefacts analysis and Archaeological Science. He is director of the excavations at different archaeological sites located in Asturias, Northern Spain (e.g., Caves of Tito Bustillo and El Cierro). He has almost two hundred published publications in Spanish, English, French and German, including book chapters and eight own monographs. 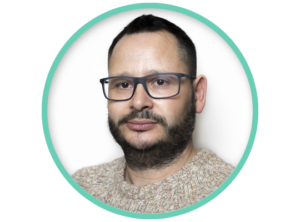