The team at the Gibraltar National Museum have contributed to a major genetic study of the history of the peoples of the Iberian Peninsula. The University of Gibraltar is represented in this paper through our Institute of Life and Earth Sciences.

The largest study to date of ancient DNA from the Iberian Peninsula offers new insights into the populations that lived in this region over the last 8,000 years. The most startling discovery suggests that local Y chromosomes were almost completely replaced during the Bronze Age. 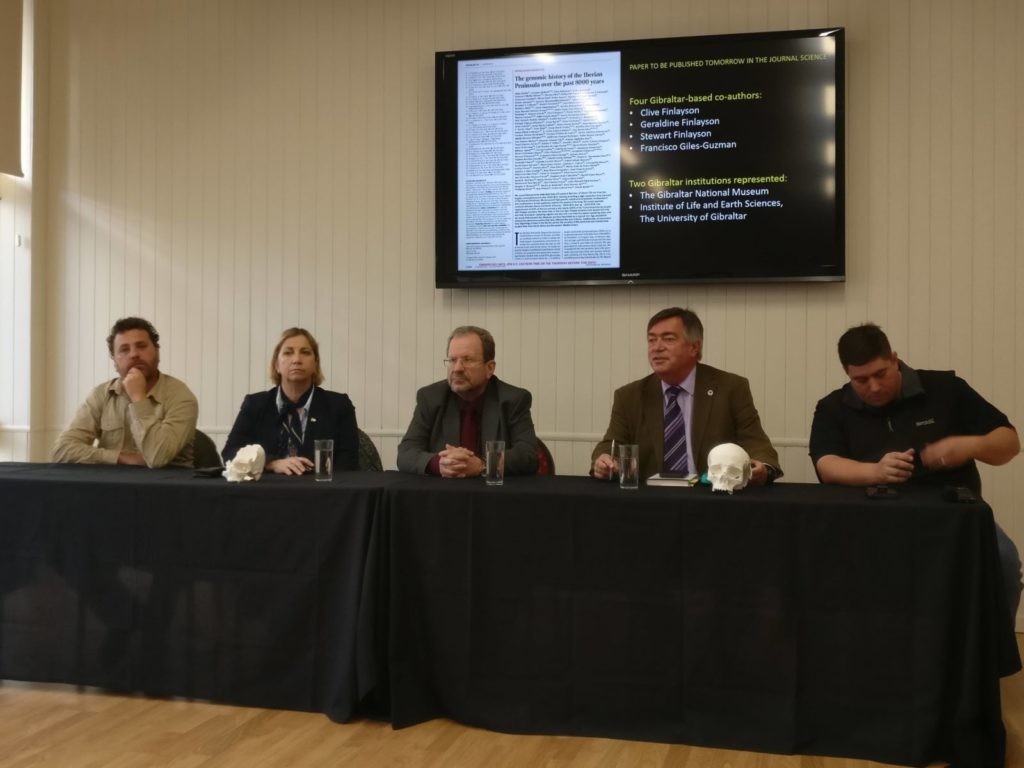 The work is published online in Science on the 15th March, by a 111-person international team led by researchers at Harvard Medical School and the Institute of Evolutionary Biology in Barcelona, Spain. The Gibraltar team, participating in the project are Clive Finlayson, Geraldine Finlayson, Stewart Finlayson and Francisco Giles Guzman.

“This is the first time that we have published Ancient Human DNA from Gibraltar,” said Professor Clive Finlayson. “It is really exciting to be involved in this cutting-edge work.”

Professor John Cortes, MP said, “Once again the work of the Gibraltar National Museum is at the forefront of international research. We are all proud of that and particularly of the relevance that our prehistory has in piecing together our past.”

Three Gibraltar Bronze Age males, dated to between 2,000 and 1,500 B.C. and included in the study, have no close familiar relationships but have a very similar ancestry makeup to other Bronze Age samples from the Iberian Peninsula. Starting in 2,500 B.C. and continuing for about 500 years, the analyses indicate tumultuous social events played out that reshaped Iberians’ paternal ancestry continuing to today.

“This is one of the strongest pieces of evidence in ancient-DNA research of sex bias in the prehistoric period,” said Iñigo Olalde, a postdoctoral fellow in the lab of David Reich at Harvard Medical School and first author of the study.

“The three Bronze Age individuals from Gibraltar were confirmed males by the genetic analysis,” commented Professor Geraldine Finlayson. “It is very likely that they had light skin and dark eyes and that they were lactose intolerant,” she added. 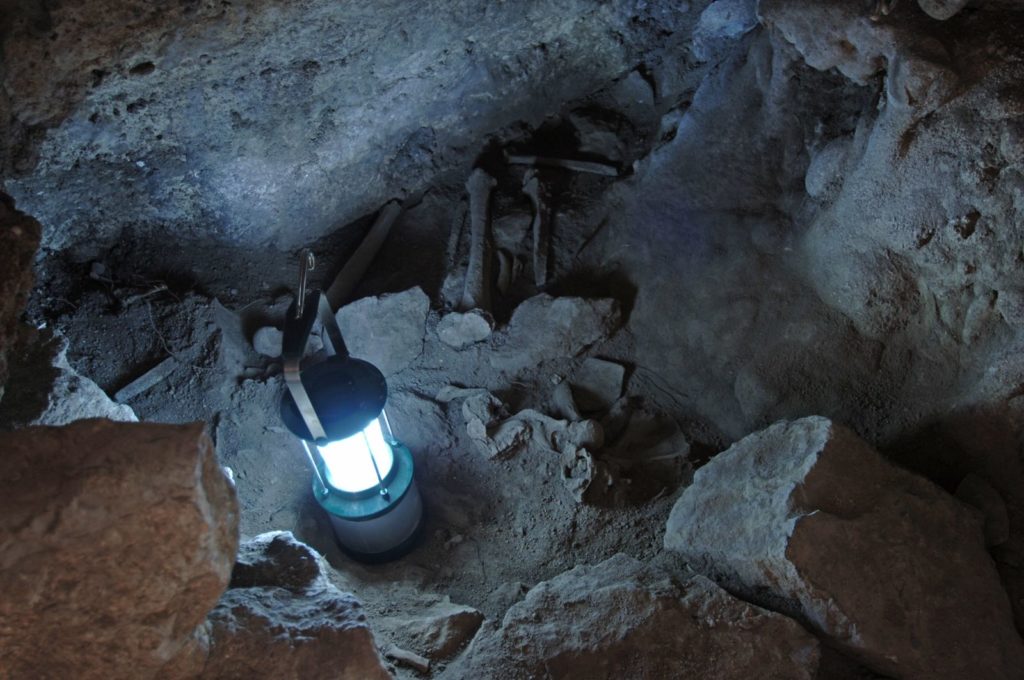 The study also details genetic variation among ancient hunter-gatherers, documents intermingling of ancient Iberians with people from North Africa and the Mediterranean, and provides an additional explanation for why present-day Basques, who have such a distinctive language and culture, are also ancestrally different from other Iberians.

Some of the findings support or clarify what is known about the history and prehistory of Iberia, while others challenge them.

“It’s amazing how the technology of ancient DNA, when combined with information from archaeology, anthropology, linguistics and the study of historical records, can bring the past to life,” said Reich, professor of genetics in the HMS Blavatnik Institute, an investigator of the Howard Hughes Medical Institute and co-senior author of the study.

The team analyzed genomes from 403 ancient Iberians who lived between about 6,000 B.C. and 1,600 A.D., 975 ancient people from outside Iberia and about 2,900 present-day people. These included an individual who lived in Gibraltar around 5,400 B.C. and three who lived in Gibraltar between 2,000 and 1,500 B.C.  “It is unbelievable what new technology is doing. I would never have guessed, when we were excavating these individuals over ten years ago, that we would be talking about their DNA today,” said Fran Giles, archaeologist and Senior Scientific Officer at the Gibraltar National Museum.

271 of the ancient Iberian genomes (including those from Gibraltar) had not been published before. Nearly two-thirds came from skeletons no older than 2,000 B.C., boosting by 25 times the number of publicly available genomes from this relatively recent period. 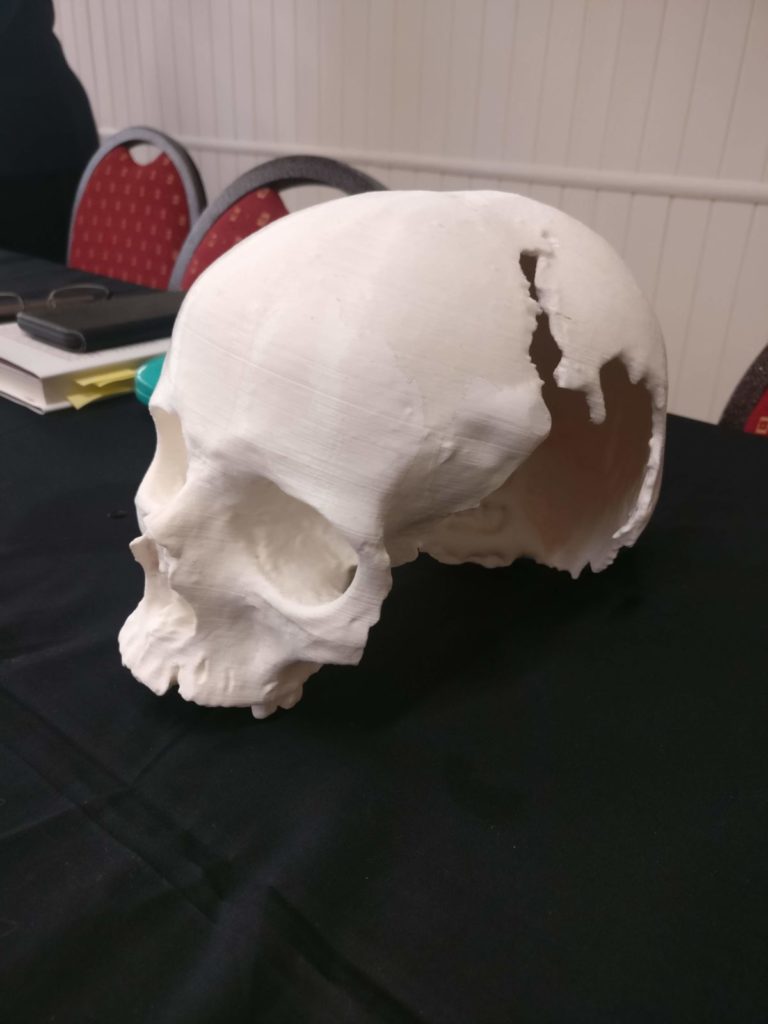 As far back as 2,500 B.C., the researchers found, Iberians began living alongside people who moved in from central Europe and carried recent genetic ancestry from the Russian steppe. Within a few hundred years, analyses showed, the two groups had extensively interbred.

To the researchers’ surprise, men and women from the two groups contributed strikingly unequal proportions of DNA to subsequent generations.

“The results were astonishing,” said Carles Lalueza-Fox, a regular contributor at the Gibraltar Calpe conferences, principal investigator of the Paleogenomics Lab at the Institute of Evolutionary Biology and co-senior author of the study. “The data suggest there was a major genetic change that is not obvious from the archaeological record.”

What could have instigated such a dramatic turnover is not yet clear.

“It would be a mistake to jump to the conclusion that Iberian men were killed or forcibly displaced,” said Olalde, “as the archaeological record gives no clear evidence of a burst of violence in this period.”

One alternative possibility is that local Iberian women preferred the central European newcomers in a context of “strong social stratification,” said Lalueza-Fox. Genetic data alone will not reveal the whole story, the researchers emphasize.

“Other fields such as archaeology and anthropology need to be brought to bear to gain insight into what shaped these genetic patterns,” said Reich. “Our study offers a change in perspective and invites people to look at the archaeological record again with different eyes,” said Lalueza-Fox. Analysing additional samples from this time period—the researchers had about 60—could provide greater detail about the genetic turnover or reveal that Y chromosomes shifted less in some populations or regions of Iberia than others.