The Research and Research Degrees Committee oversees the development and implementation of University policy on research degrees and ensures that  the  standards  of  research  degrees  are maintained.  It considers matters relating  to  the  development  of  programmes  of  study  for  research, research supervision, and examination arrangements for research degrees. It also advises the  Vice-Chancellor  and  the  Director  of  Academic  Programmes  and  Research  on research matters including research strategy and research ethics; and establishes and monitors ethical standards of practice in research.   The full scope of its responsibilities is summarised in the Terms of Reference of the Research and Research Degrees Committee. 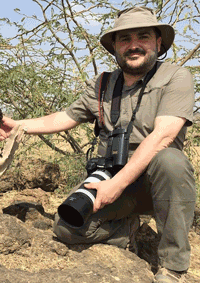 Dr Keith Bensusan joins the Academic Board as Chair of the Research and Research Degree Committee. He has been working at the Gibraltar Botanic Gardens since 2007 and became its Director in 2011.  His background is in the biological sciences and he has a broad knowledge of terrestrial natural history, most notably plants, insects and birds.  His PhD, which he obtained from the University of Leeds, was in avian ecology.

Keith’s key interests include migration ecology, the diversity, ecology and conservation of species and habitats in Gibraltar, and the succulent flora of Morocco.  In addition to his work at the Botanic Gardens, he is a member of four statutory bodies in Gibraltar: the Nature Conservancy Council, the CITES Scientific Authority, the Gibraltar Port Authority and the Development and Planning Commission. He also sits on the Gibraltar regional Committee for European Funding (JLAG) and is General Secretary of the Gibraltar Ornithological & Natural History Society (GONHS). 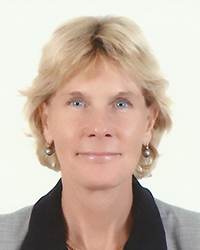 Professor Catherine Bachleda is Vice-Chancellor at University of Gibraltar. She is responsible for providing leadership, developing, implementing and monitoring the university’s academic policies and practices. She is committed to the concept of continuous improvement.

Over the past 30 years, Professor Bachleda has worked in North Africa, the Middle East, the USA, the United Kingdom and Australia in a variety of management, quality, and learning roles, in both academia and industry.

Her leadership positions include: Chief Executive Officer of a leading accredited corporation providing executive and continuing education; Director of a small corporate law firm; Assistant Vice President for Academic Affairs in an accredited American-style university located in Morocco; and more recently Deputy Vice-Chancellor at the University of Gibraltar. In these roles, she has provided leadership in strategic planning, quality assurance, staff performance management and development, program design and implementation, resource allocation and statutory compliance. She also possesses extensive experience in establishing accreditation compliant processes and in business development. Her main research interests lie in the fields of consumer behaviour and services marketing. She was awarded Outstanding Paper in the 2017 Emerald Literati Network Awards for Excellence. 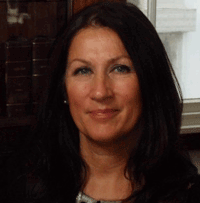 Director, Institute for Gibraltar and Mediterranean Studies and The Gibraltar Garrison Library

Dr Jennifer Ballantine Perera is the Director of the University of Gibraltar’s Institute for Gibraltar and Mediterranean Studies and is based at the Gibraltar Garrison Library. Jennifer holds a PhD in Postcolonial Studies from the University of Kent and was the Research Associate on the Arts and Humanities Research Council (AHRC) funded project ‘Gibraltar Community and Identity’ (2003 – 2006).

With Professor Andrew Canessa, University of Essex, she is the recipient of a major award from the Economic and Social Research Council (ESRC), for their project ‘Bordering on Britishness: An Oral History of Gibraltar in the 20th Century’ which started in September 2013.

Jennifer is Director of the Gibraltar Garrison Library. Her main area of research is Gibraltar, with focus on social and colonial history, British Overseas Territories, constitutional reform and expressions of self-determination. She has presented papers at international conferences and publishes on the subject. Jennifer is the founder Director of Calpe Press, a publishing house dedicated to promoting Gibraltar writings. She was editor of the Gibraltar Heritage Journal (2007-2017) and currently sits on the Editorial Board.

Jennifer is a member of the University’s Research and Research Degree Committee (RRDC) and supervises three PhD candidates. She has recently been appointed President of the Mediterranean Studies Association 2020 conference, which is to be held at the University of Gibraltar on 27 – 30 May 2020.

Hocein Bazairi is a tenured Professor at the Mohammed V University of Rabat (Morocco), with a PhD in Biological Oceanography. His main research and teaching are focused on marine and coastal ecosystems (biodiversity, functioning, Ecological Quality status, Environmental Impact Evaluation, Conservation, etc.) and currently on Marine and Coastal Protected Areas.

He’s an expert on these topics for many national and international institutions (HCEFLCD-Morocco, PNUE-MAP-RAC/SPA-Tunisia, Conservatoire du Littoral-France, etc.). He has been involved in several national and international funded projects as an expert (MedWet, MECO, MEDCORE, WADI, MedMPA, CAMP Morocco, PEGASO, etc.) or as a national coordinator (MedMPAnet, MedKeyHabitats, etc.). He has contributed to more than 30 peer-reviewed papers and 2 collective books. 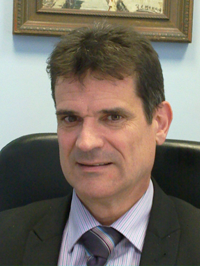 Office of the Chief Secretary
HM Government of Gibraltar

Dr Joseph Britto studied English Literature and Education at what is now St Mary’s University and obtained his doctorate in Education at the University of Sheffield in 2007.  He has taught in the secondary and primary sectors in Gibraltar and was appointed Director of Education in 2012. From 2016 to 2018 he was seconded and temporarily promoted to the post of Senior Administrator in the Office of the Chief Secretary to support and assist in matters pertaining to the day-to-day running of the Civil Service, Agencies, Authorities and government-owned companies.  Following his retirement in 2018, he was engaged by the Chief Secretary’s Office in an advisory capacity, chiefly on Special Projects relating to development and Service improvement. He also sits as a member of the Law Commission, currently tasked with reviewing Gibraltar’s criminal sentencing law, and is a member of the Drugs Advisory Council. 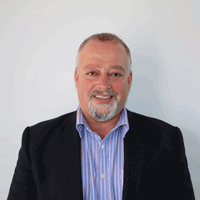 Director of Academic Programmes and Research
University of Gibraltar

He was principal investigator on a number of EU and EFCHED funded projects, and received several international awards as part of the Museum team.  He has published over 70 peer-reviewed articles in various international journals and book chapters both on ecological and archaeological subjects. As a qualified Scientific Diver he regularly carries out marine-related commissioned studies such as archaeological surveys and Environmental Impact Assessments. He is a director of the Gibraltar Museum’s Gibraltar Caves Project as well as member of the UNESCO WHS working group for the Gorham’s Cave Complex.

He has also acted as a consultant for the Gibraltar Government and for UNESCO on both heritage and natural-history matters, and has written several popular books and has been regularly consulted for international media articles and television documentaries, on subjects ranging from Neanderthals through marine life to the fortifications of the Rock. Darren is a member of HMGoG’s Nature Conservancy Council, as well as a Registered European Commission Expert on Environment and Higher Education and Elected Fellow of the Linnaean Society of London. He is married with three daughters and somehow finds time to dive and play music when he can.

After completing his D.Phil., John spent until 1990 working at the Mexican National Univeristy, Mexico City, and as an environmental expert in the Gibraltar Government until 1993. Since then, he held various responsibility posts at the Durrell Wildlife Conservation Trust, Jersey, ending in December 2013.

John’s research embraces biology, economics, anthropology, and development. He has projects in Africa and South America which pursue a wide variety of global biodiversity issues – defaunation of tropical rainforests, food security, indigenous peoples and the impact of diseases on wildlife and humans.

John has over 200 peer-reviewed publications and 9 books in his name, has led numerous research projects in different parts of the world. He also teaches in a number of courses in academic institutions in the UK, Europe, Africa and Latin American countries. 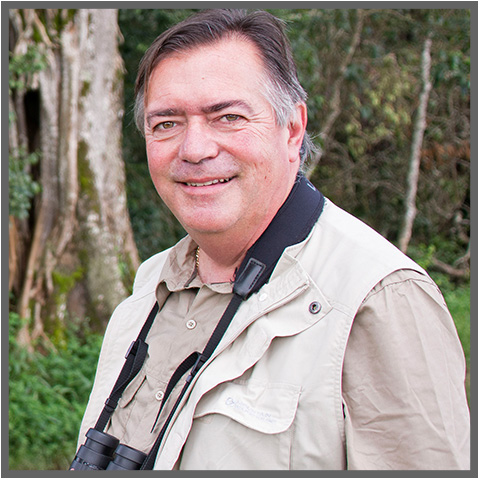 He was appointed a Beacon Professor of the University of Gibraltar in 2019.

Clive is an evolutionary ecologist and his main areas of research are the biogeography of hominins, avian biogeography and evolutionary ecology. In 2001 Clive was made Adjunct Professor in the Department of Anthropology at the University of Toronto and in 2003 he was awarded MBE in HM the Queen’s New Year Honours. He was elected a Member at the Academia Europaea in 2010. Clive has worked as a consultant for the UNESCO World Heritage Centre, Paris.

Clive has published widely in peer-reviewed journals and has written a number of books, including Neanderthals and Modern Humans (Cambridge University Press), The Humans who went Extinct, the Improbable Primate (Oxford University Press) and Birds of the Strait of Gibraltar and Avian Survivors (Bloomsbury). 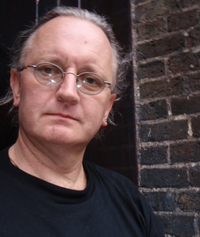 Dr Malcolm MacLean has nearly 30 years’ experience in higher education in the UK, New Zealand and Australia, as well as working for as time as an historian supporting policy development in the New Zealand government. Most recently he has been Reader in School of Sport and Exercise at the University of Gloucestershire, acting as research degrees lead in several Schools. He has recently stepped down after 12 years as Chair of the University’s research ethics committee, and lead for research integrity.  He was previously the University’s Associate Dean Quality and Standards.

An historian by training with degrees in anthropology and sociology, his research deals with social movements, international coercive policy instruments including cultural boycotts and sanctions and post- and de-colonial cultures. He is a former Chair of the British Society for Sports History and holds leadership posts in sports history scholarly societies in North America and internationally. He has expertise in qualitative research design, research ethics and integrity. 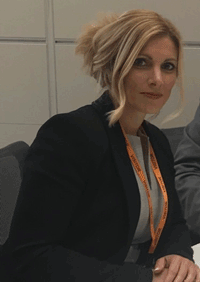 Liesl Mesilio is a geography graduate of the University of Reading, and read for her masters degree in Environmental Technology followed by her PhD in Environmental Geochemistry at Imperial College. Her thesis, for which she carried out the first inorganic geochemical baseline survey of soils in Gibraltar, subsequently formed the basis for contaminated land policy and management in Gibraltar.

She is a Chartered Scientist and Chartered Environmentalist who has twenty years work experience in an array of fields within the portfolio of environmental management. As an environmental consultant, she worked on contaminated land, environmental risk monitoring and sustainable development projects before joining HM Government of Gibraltar at the Department of the Environment, Heritage and Climate Change. Her mandate of the Department spans effective environmental protection, addressing the threat of climate change, protecting and enhancing the natural environment, developing sustainable waste management practices, and promoting energy efficiency and sustainable energy generation. She has drafted various environmental instruments both in the form of primary and secondary legislation. She also works with EU working groups on marine policy, habitats, waste and renewable energy and with the Environment Ministers Council of the UK Overseas Territories on the adoption of international environmental instruments.