The talk was titled ‘The Crown and The Commonwealth’ was delivered by The Rt Hon Lord Geidt GCB GCVO OBE QSO PC. 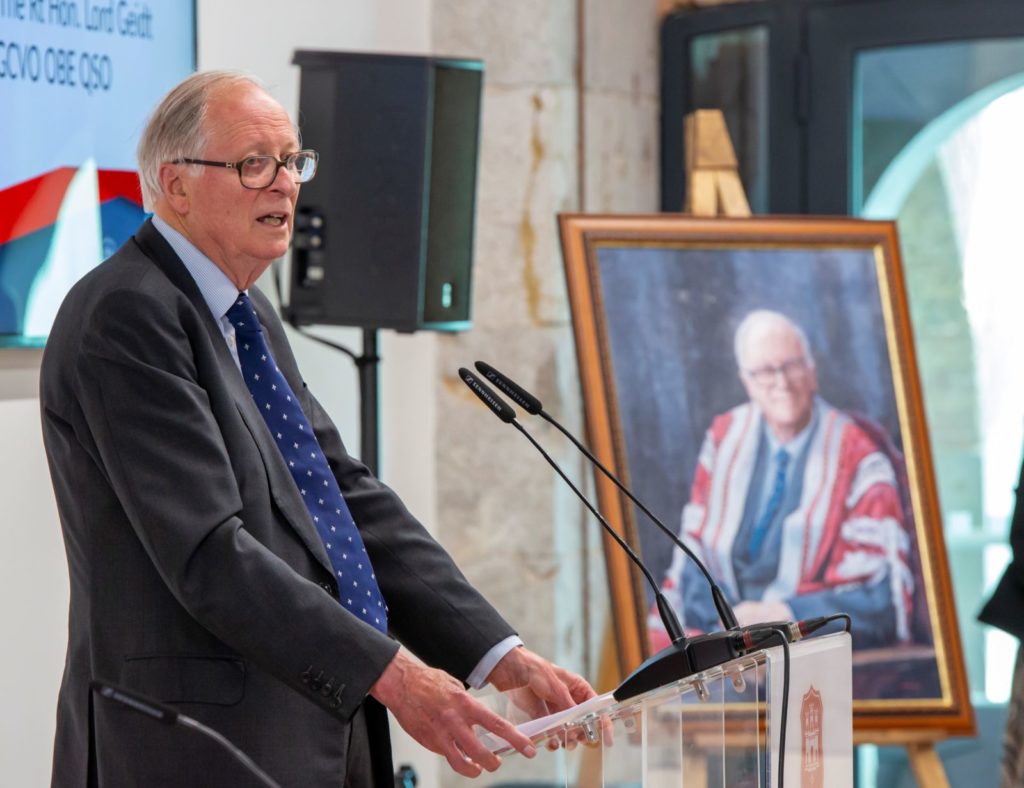 The University of Gibraltar’s Chancellor, The Rt Hon. Lord Luce hosted the inaugural Annual Chancellor’s Lecture on Wednesday. The event was attended by his Excellency the Governor of Gibraltar, Lieutenant Edward Davis, the Chief Minister the Hon Fabian Picardo MP, the Minister with responsibility for the University, the Hon Gilbert Licudi QC and other notable local and international guests.

The talk, which was titled ‘The Crown and The Commonwealth’ was delivered by The Rt Hon Lord Geidt GCB GCVO OBE QSO PC. Lord Geidt’s lecture called on his illustrious career and experience which began with military service in the British Army, including operational tours in the Gulf, Cambodia and former Yugoslavia. Lord Geidt was later recruited to the Royal Household in 2002 as Assistant Private Secretary to the Queen. He was promoted to Deputy Private Secretary in 2005 before serving for a decade as the Queen’s Private Secretary. After ten years as Private Secretary, Geidt stepped down in October 2017. He was subsequently created Baron Geidt, of Crobeg in the County of Ross and Cromarty, and sits as a Crossbench peer in the House of Lords. 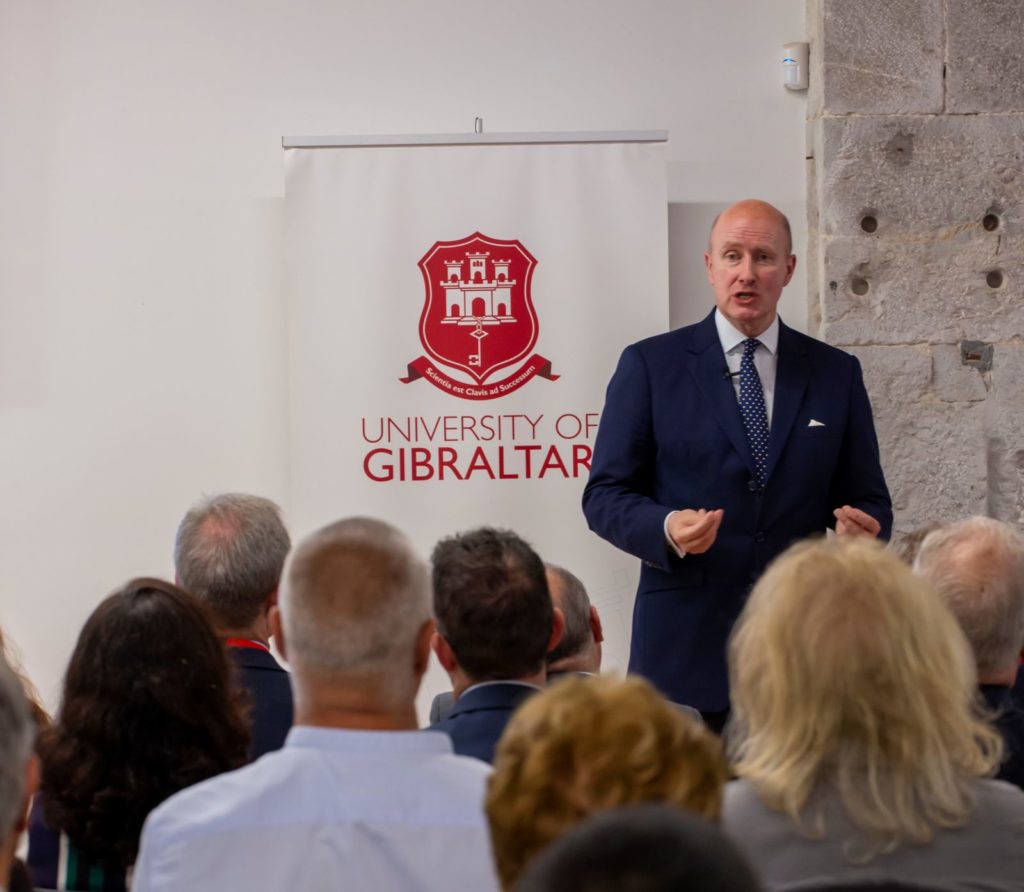 Lord Geidt spoke in detail about his time as Private Secretary by first considering the role itself “As a predecessor of mine once put it, the clue to the position’s necessary low profile is in the title: Private Secretary.” He then spent some of the lecture addressing the role of the ‘Crown’ in British society, praising its ability to offer stability, “One of the Crown’s best-understood roles is providing stability and continuity in times of change. We tell ourselves that this is a time of relative uncertainty; the pages of the venerable Gibraltar Chronicle and other media attest the latest stage in our European Union drama”, then continued “I believe the Crown should be unapologetic about the importance attaching its role in providing impartial stability and continuity.”

He then shared his insight into the opportunities that lie for Gibraltar and the rest of the UK within the Commonwealth family, “Above all else, I share the view that the Commonwealth is, in fact, set to become ‘the Mother of all Networks’ among its people.” 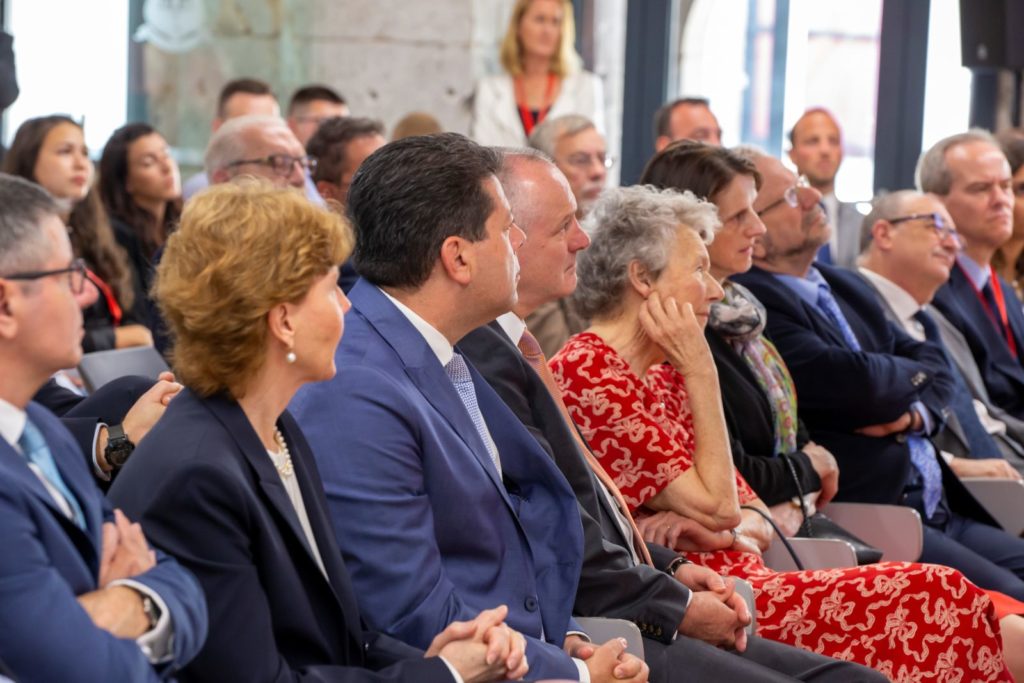 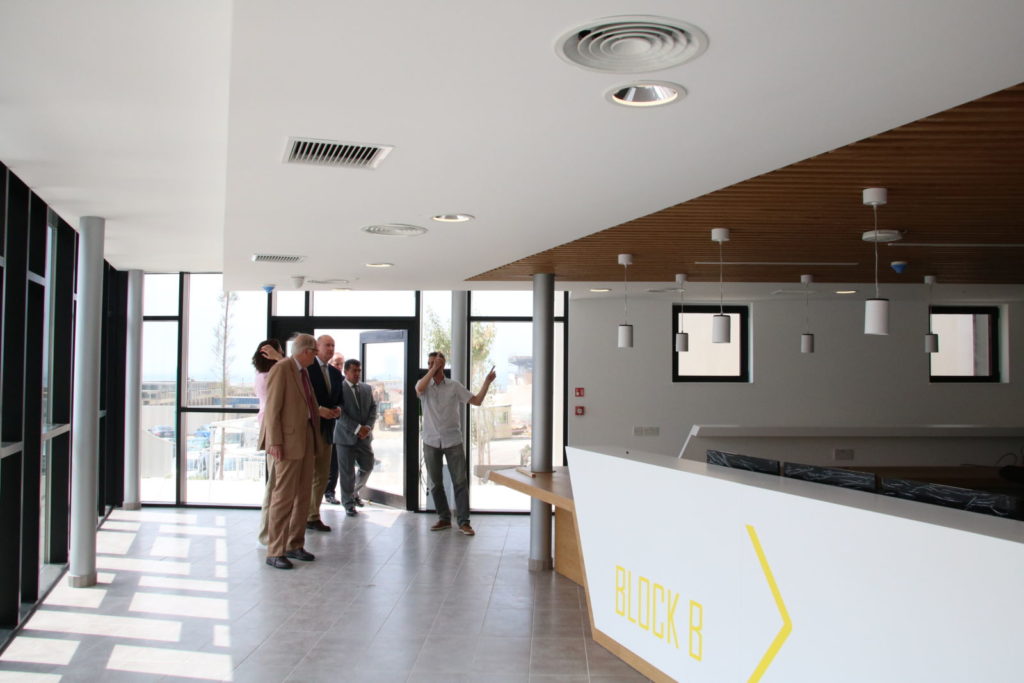 To commemorate his time as Chancellor, the Minister with responsibility for the University, Gilbert Licudi presented Lord Luce with a portrait of him wearing his Chancellor’s Robe painted by local artist Lesley Gaduzo. During his visit to the University, Lord Luce was given a tour of the new Halls of Residence which will be handed to the University following the Gibraltar 2019 Natwest International Island Games.