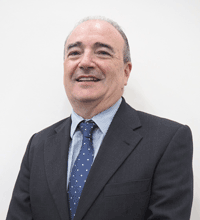 Chair of the Board of Governors

Chair of Board Of Governors.

He was awarded the MBE in the 2019 New Year’s Honours List. He was also honoured in 2019 as one of the recipients of the prestigious Gibraltar Medallion of Distinction.