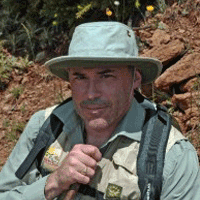 Dr Alex Menez has been a naturalist all his life. His main interests are ecology, evolution and natural history. His undergraduate research was on the subtidal marine molluscs of Gibraltar. Alex then went on to do his PhD on the ecology of land molluscs in southern Iberia, focusing on biogeography and habitat structure interactions on diversity. Alex trained in biomedical science, has a Masters in Enterprise Management and is head of the Department of Pathology in the Gibraltar Health Authority.

He is a Chartered Biologist, a Fellow of the Linnaean Society of London, and a member of the Nature Conservancy Council and the CITES Scientific Authority. A member of the Gibraltar Ornithological and Natural History Society (GONHS) for more than 25 years, he joined Council as Head of the Invertebrates Section in 2012.

Alex is an Honorary Fellow of the Gibraltar National Museum and is President of the Gibraltar Scientific Society which was reconvened in 2015 after a hiatus of over 150 years, on the 180th anniversary of its first formation in 1835.