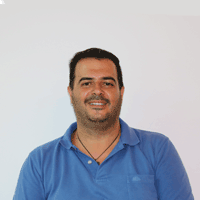 Carlos Martins is a lecturer on the Bachelor of Business Administration programme and has been teaching at the University of Gibraltar since its establishment in 2015.

At present, Carlos is a Managing Director of a MiFID2 licensed Multi-Family Office based and regulated in Gibraltar.

Previously he held various managerial roles in three different distributed ledger technology companies that applied for licenses in Gibraltar. Carlos has worked in international private banking and wealth management for more than 25 years and has held various managerial positions in international groups such as SG Hambros Bank (Gibraltar) Limited (part of Société Générale Group) and Credit Suisse. Furthermore, he spent two years as a director, compliance officer and money laundering reporting officer of a Gibraltar based GFSC licensed company manager.

Carlos is a Swiss Certified Financial Planning Expert and holds a Bachelors degree in Economics and Business Administration. During his career, he gained knowledge of international fund structures as well as other wealth planning instruments across several jurisdictions. Carlos has been involved in a variety of funds with various investment strategies such as tradable securities, real estate, financial and commodity futures, foreign exchange, art, collectables, image rights, algorithm trading and crypto currencies.

Carlos was a member of the Executive of the Gibraltar Funds and Investments Association for more than 5 years. For the last 6 years he has served as the Chairman of the Gibraltar Association of Compliance Officers. Carlos speaks 6 languages and 1 dialect fluently.  Since 2012, Carlos has been licensed by the Financial Services Commission to act as director of Experienced Investor Funds in Gibraltar. Over the years, he has delivered various sales and leadership performance training sessions in Spanish and Portuguese on behalf of rogenSi.