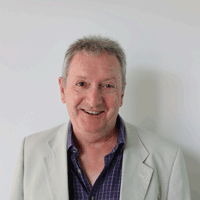 He returned to the UK to teach Law and Criminology full-time at the University of Leeds with some part-time teaching at Leeds Beckett University. He then spent twenty years as Dean/Head of Law at Anglia Ruskin University (where he was appointed a full professor) before becoming Head of Human Sciences and Law at Bucks New University. He has also taught at the University of Newcastle, in Malaysia and on sabbatical as Distinguished Visiting Professor at a university in North Carolina. During the last few years he has acted as a higher education consultant and occupied positions as Principal, President and Advisor at various private international colleges. He is a Senior Member of Wolfson College, University of Cambridge. He organises programmes in Sports Law in Cambridge on behalf of ISDE Law & Business School, Madrid and is developing similar programmes in Oxford. His principal academic interest is in Sports Criminology. He has been a secondary school governor, a member of the governing body of a prison and a monitor of the treatment of prisoners in custody areas.