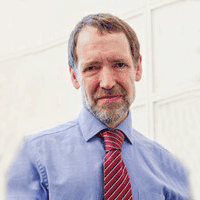 Jon initially read biological sciences at Durham University where he stayed for his PhD on sensory feedback in movement control. He then moved to Paris as a research fellow at the Collège de France before returning to Durham as a lecturer in zoology.

From Durham, Jon moved to a lectureship in physiology at Leicester, working on the control of hand movement. During this time he became increasingly involved in developments in learning and teaching and became Director of Biological Studies before being appointed Academic Director of the College of Medicine, Biological Sciences & Psychology in 2009. In 2012 he was elected to a personal chair as Professor of Bioscience Education and in 2014 took up the role of Academic Registrar. In 2015, Jon was appointed Pro-Vice-Chancellor with responsibility for Student Experience.

Jon has led a number of projects in the areas of assessment & feedback, academic integrity, retention and the student experience which contributed to him being awarded a University Teaching Fellowship in 2006 and being named UK Bioscience Teacher of the Year in 2011. He was subsequently awarded a National Teaching Fellowship by the Higher Education Academy in 2012 and also recognised as a Principal Fellow of the HEA in 2013.

Outside the University, Jon has been engaged with a variety of organisations, including being a QAA reviewer since 1998 and an UKPSF Accreditor for the HEA since 2012. He was elected to the Executive Committee of the organisation Heads of University Biosciences (HUBS) in 2013 and in 2014 – 16 was co-convenor of the Physiological Society Education & Teaching Theme. Most recently he was appointed as a member of the Teaching Excellence Framework (TEF) Panel.

When not at his desk, Jon is a choral conductor and singer, and a not very successful grower of vegetables. He is also a (fairly) dedicated cyclist and has clocked up over 65,000 miles commuting since joining the University.