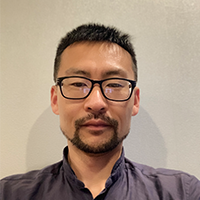 Luke Kou was born and grew up in Beijing before moving to England several decades ago. He lived in Manchester and then Kingston-upon-Thames where he set up an event management and PR agency for exhibitions, art tours, academic conferences, corporate galas and AGMs. Luke has been organising interesting events from the British Museum to Cambridge University, from London Excel to Paris Portes de Versailles, from Chamber of Commerce Hamburg to Lord Mayor’s Parade, from 10 families in a community getting together in someone’s garden to 300 pax galas in the Grand Hall of the Hanseatic city of Hamburg.

He had also been a patron of a small social group of stage designers in London. Later he became the Technology Advisor of COCA at University of Cambridge.  Since 2015 he has been focusing on minority art and craftsmanship, and traditional education and art.  He has a personal interest in commercial and charity projects of educational, artistic, cultural and vocational topics and has extensive experience with global networking for project delivery.  He is currently a MBA student at the University of Gibraltar.