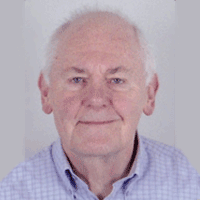 A geography graduate of University College London and holding a PhD from the University of Leeds in 1970, he was successively Senior and Principal lecturer in Geography at Staffordshire University before moving in 1981 to Glasgow Caledonian University as Head of the Humanities Department. Professor Bush was subsequently appointed Vice Principal with a remit to lead on quality assurance and develop a portfolio of Continuing Education opportunities. The title of Professor of Higher Education was conferred in 1991, and endorsed subsequently by the Open University and the University of Northampton. He joined the Open University as Regional Director for South-West England in 2000, serving also as Director in Wales and then as Head of Regional Collaboration and Partnerships. In 2005, Professor Bush was appointed Pro Vice-Chancellor (Academic Affairs) and then Deputy to the Vice-Chancellor at the University of Northampton, with oversight of curriculum development, quality assurance, student relationships and widening participation until my retirement in 2011.

In addition to his institutional responsibilities in Scotland, he was the inaugural chair of the Scottish Advisory Committee on Credit and Access, chair of the Universities Association for Continuing Education (Scotland) and was a member of a number of CNAA and HEQC Committees, and served on the Joint Planning Group (established in 1996 under the Secretary of State) that reviewed UK quality assurance and which led to the establishment of the QAA. He was appointed as a Great Britain representative on the Northern Ireland Higher Education Council for eight years from 1992. He chaired educational partnership meetings in Northamptonshire, led the development of University of Northampton links with county FE Colleges, and served on the Widening Participation Advisory Committee of the Higher Education Funding Council for England (HEFCE) from 2009- 2014. He served as a member of HEFCE’s widening participation/student opportunity committee from 2009-2015.

Professor Bush was first appointed as a QAA (initially HEQC) reviewer/auditor in 1993, and have since then been a member of review panels, operating across a range of audit/review methodologies, for a number of Universities in England, Scotland, Wales and overseas. From 2011, Professor Bush undertook a range of QAA institutional reviews of universities and colleges, as well as auditing Colleges providing programmes for international students and those delivering Early Years Teacher programmes, and serving on scrutiny panels assessing proposals from institutions seeking the authority to award Taught Degrees. He acted as a consultant to a number of English universities advising on quality assurance matters. He served as an independent governor of Southampton Solent University from 2009-2015, and was an external member of the Academic Board of Arden University from 2012 to 2016. He was appointed to the Hong Kong Quality Assurance Council’s Register of Auditors for the higher education audit cycles for 2014-2016 and 2017-2019.