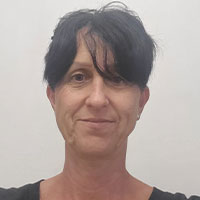 Tania Bermejo began her teaching career, as a Spanish teacher, 20 years ago. She moved to Gibraltar to work for “El Instituto Cervantes” where she taught all ages, GCSE and A-level examinations, as well as becoming a DELE examiner. She later moved to Scotland to become a Spanish secondary school teacher in one of the most prestigious international private schools, St. Leonard’s, St Andrews.

Tania studied for 5 years at various Universities completing a BA (Hons) degree in Spanish Studies with a Diploma in TEFL and a PGCE in secondary school education with Spanish.

Tania has a good sense of humour and the flexibility of being a team player who enjoys helping to overcome challenges both cultural and linguistic. If a student lacks curiosity and a connection to the language, then it is a challenge to find success. To this end, Tania regularly bring the real-world into her classroom, trying to match the interests of the students to the language itself.