Professor Daniella Tilbury, Vice-Chancellor of the University of Gibraltar, is a delegate at the UN Climate Change Convention of Parties summit held in Marrakech this week. The meeting follows the historic Paris COP where it was agreed to limit the increase in global temperatures to well below 2 degrees centigrade above pre-industrial levels.

Prof Tilbury was invited to speak at the Mediterranean Strategy event that took place on Monday 14th as well as at a high level meeting convened by HRH Princess Lalla Hasna, President of the Mohammed VI Foundation for Environmental Protection. Prof Tilbury, who is a professor of sustainable development and higher education, was asked to critically review the zero draft of a new Mediterranean Action Plan and present at various side events.

The United Nations Framework Convention on Climate Change (UNFCC) hosted this international meeting that brings together the Conference of Parties (CoP) designated as the supreme governing body of the Convention. To date, 195 countries have ratified the convention and country representatives as well as experts met in Marrakech to look at the implementation and methodologies for assessment of the Paris Agreement. When asked how the negotiations had gone, Prof Tilbury explains:

‘The highlight of this week’s summit was China’s statement that countries should continue with the ambitious climate policy despite Trump’s threat to retrieve the US’s commitment to the Paris Agreement. The powerful High Ambition Coalition gave a similar statement and thus support for implementing the Paris agreement remains strong. However, there are concerns about who will finance the implementation if the US pulls out as well as questions around the validity of methodologies proposed for assessing country compliance with the agreement.’

Prof Tilbury has attended various COPs over the years. She explained that Ministers will descend in Marrakech this week as the COP meeting enters its final stages: ‘We are expecting talks to get more political and to see more substantive negotiations on finance as we enter the high level segment in the second week of the COP. The future of the planet and its people are at stake but I remain confident that the Agreement will be implemented. My confidence rests on the fact that this international environmental treaty was constructed with the involvement of all stakeholders and not imposed on countries.’ she added. 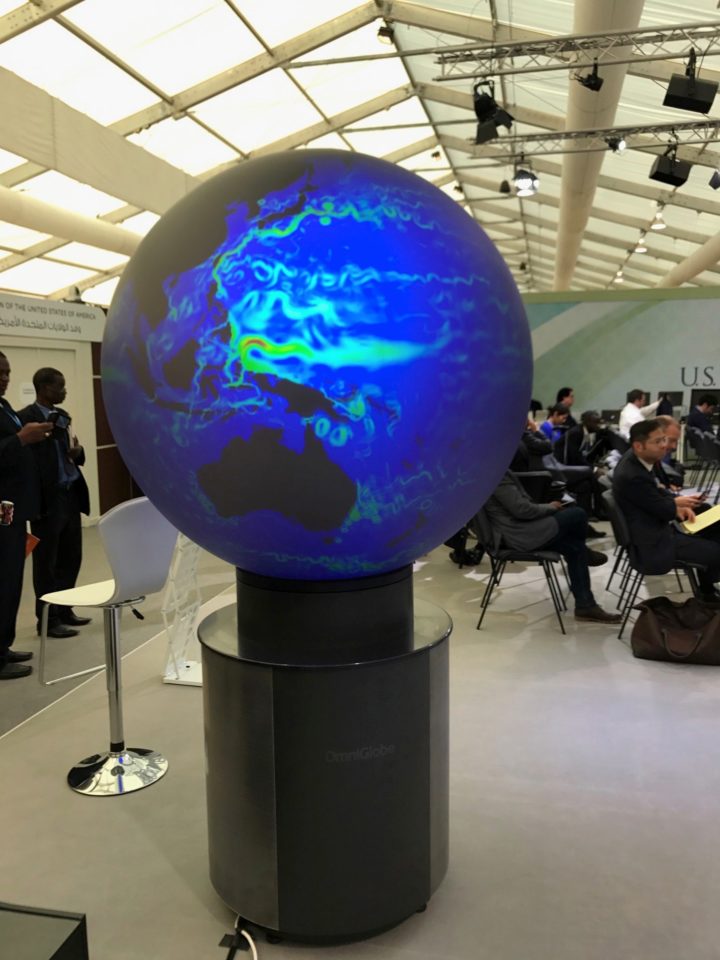 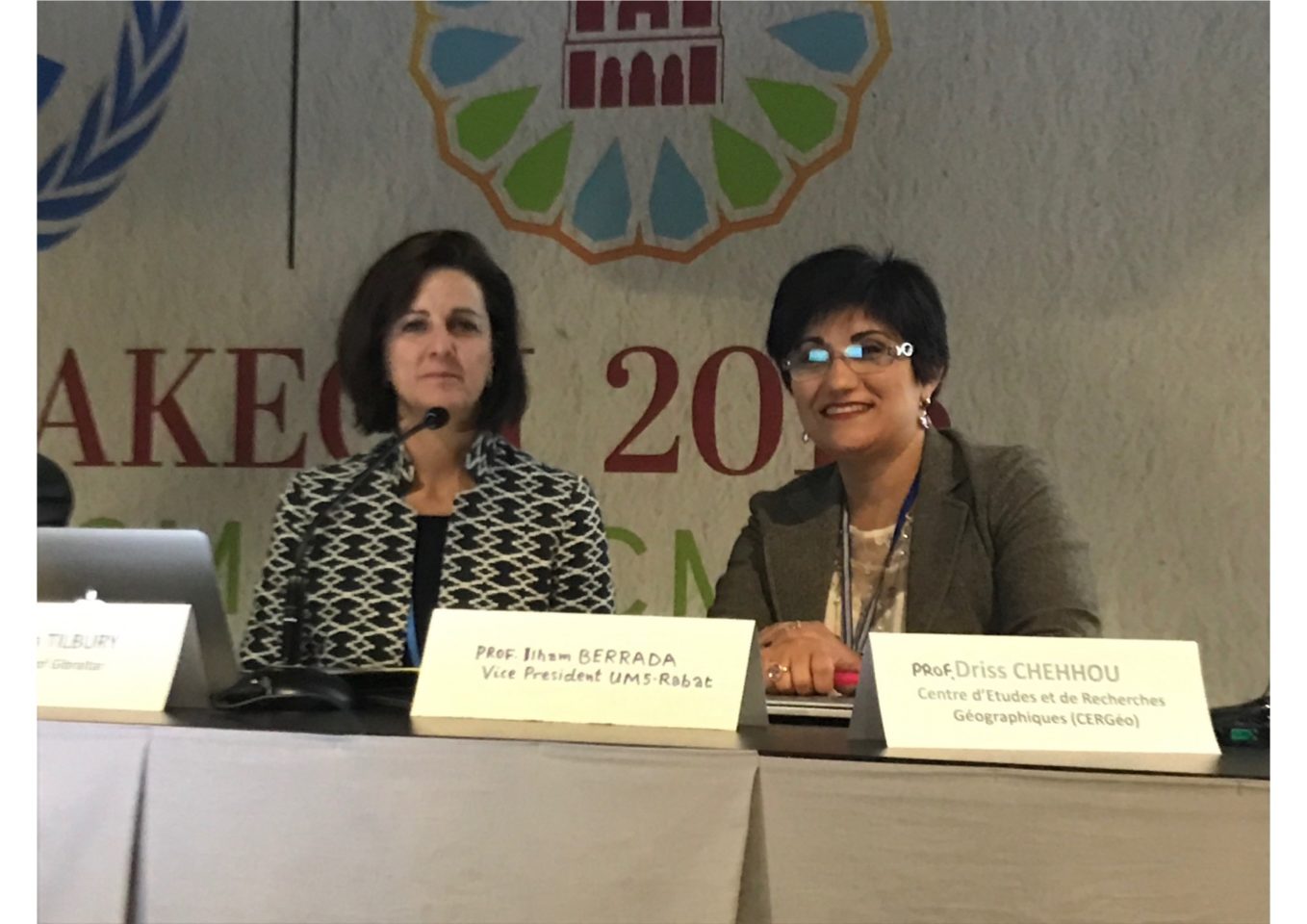 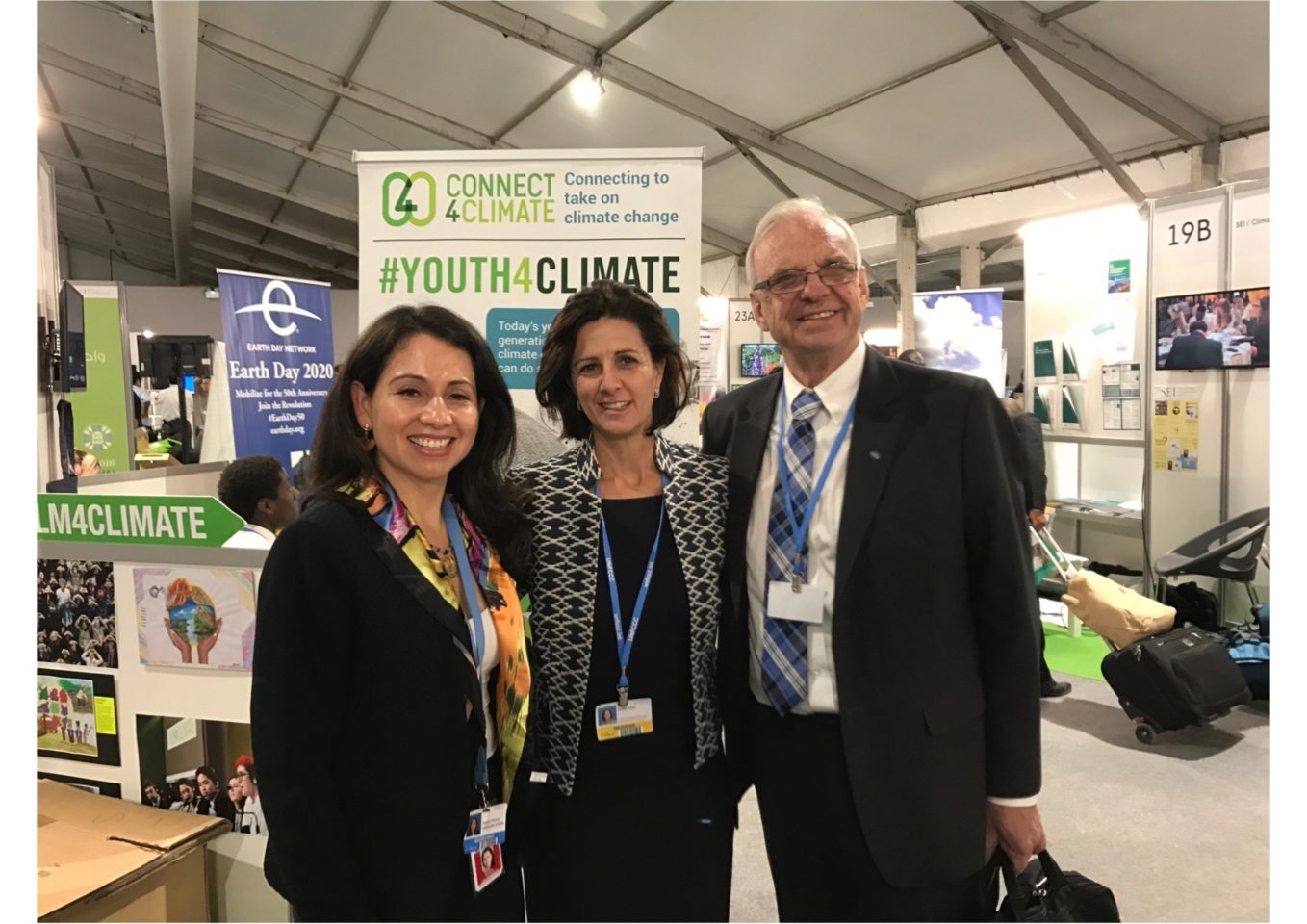 UNFCC and UNESCO representatives and collaborators with Prof Tilbury. 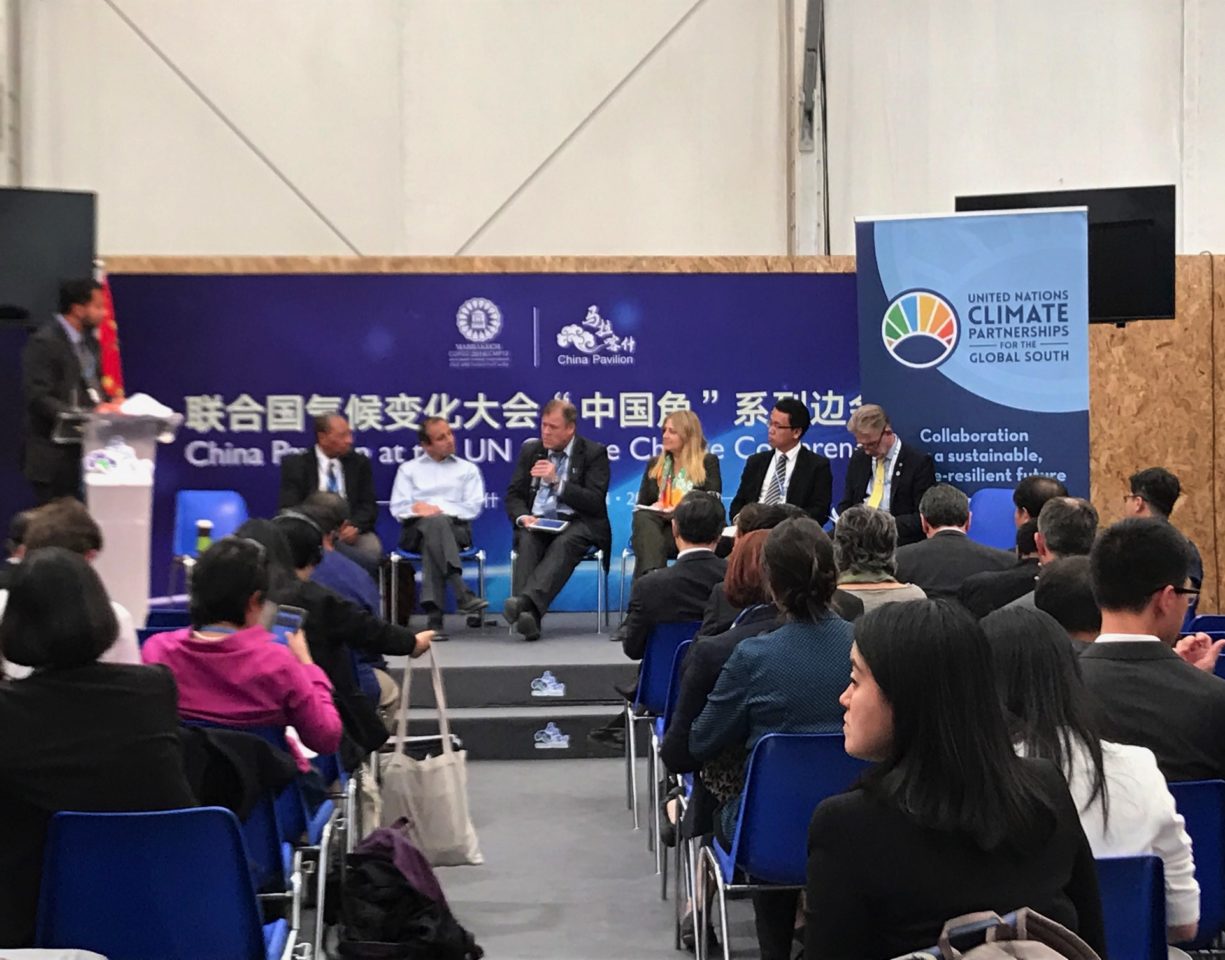