Centre of Excellence in Responsible Gaming

The Centre of Excellence in Responsible Gaming (CERG) is a multidisciplinary and interdisciplinary research institute that aims to study the etiological factors of addictive disorders and contribute to their effective prevention and treatment. From a basic research perspective, the CERG strives to be sensitive to the identification of new challenges emerging in modern societies, as well as reflective in handling these problems. While having a wider interest in understanding the mechanisms of the development and maintenance of addiction processes (both psychoactive substance use and behavioural addictions), the CERG is specifically focused on the study of gambling behaviour, video game use, and more generally on behaviours that are linked to recent technological developments.

In addition to specific addiction-related research, the CERG more generally focuses on studying the nature and mechanisms of risks and on identifying the mechanisms of the development of harm related to these behaviours. When examining causes and mechanisms that may lead to harmful behaviour, the CERG considers harm (physical and mental) at the individual, familial and societal level. While examining potentially harmful behaviours, the CERG’s central goal is to identify risky ways of engagement in these behaviours and to understand factors that might differentiate between harmful and non-harmful forms of these behaviours.

To achieve its goals in terms of conducting prestigious multidisciplinary (i.e., psychogenetics, cognitive neuropsychology, personality and social psychology) research, the CERG is open to collaborate with other research institutes and to participate in the work of international scientific associations, societies and networks. In addition to basic and applied research efforts, the CERG also initiates and contributes to the development of educational programmes, training, and interventions that aim to reduce harm related to gambling and video game use. To achieve these goals, the CERG also seeks to collaborate with associations involving people who gamble or play video games and aims to provide input into the responsible gambling and gaming initiatives of operators. In all of these efforts, the CERG places special emphasis on identifying interventions that aim to reduce harm, studying the effectiveness of these interventions, and supporting evidence-based best practices. 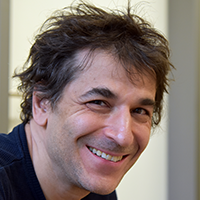 Applications for this scholarship are now closed.

The Centre of Excellence in Responsible Gaming (CERG) at the University of Gibraltar is opening a call for applicants wishing to start their PhD studies for the academic year starting October 2021.

Successful applicants may have an interest in the etiology of problematic gambling / gambling disorder or problematic video game use / gaming disorder, and understanding the mechanisms of gambling/gaming related risks and harm.

Interested applicants may apply as a self-funded individual or may apply for one of the scholarships below:

1) For citizens of and permanent residents in a Commonwealth country (including the UK) other than the host country Gibraltar there’s an open call for the Commonwealth PhD Scholarship. Details regarding the conditions and the application process can be found here.

2) For applicants from non-Commonwealth countries there’s a possibility to apply for a PhD scholarship funded by the CERG. Scholarships would cover tuition costs, a monthly living stipend and travel assistance.

If you are interested in applying contact Dr. Zsolt Demetrovics, Chair of the Centre of Excellence in Responsible Gaming at Zsolt.Demetrovics@unigib.edu.gi 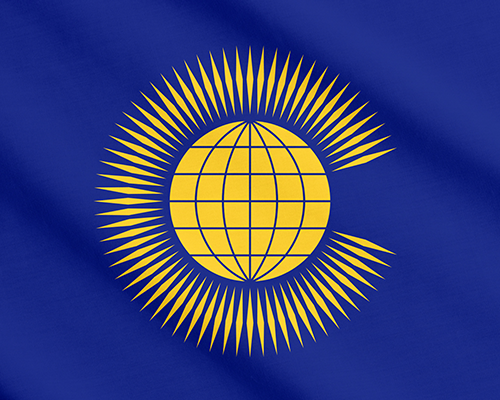 The aim of the present study was to explore alcohol and illicit drug use classes among adolescents and how gaming disorder is associated with these. The final sample consisted of 2768 students (ninth and eleventh graders), with a mean age of 16.73 years. Four subgroups were identified: polysubstance users, high-risk alcohol users, moderate alcohol users, and infrequent substance users. Based on the results severe gaming disorder was associated with various drug use, which may be due to the intention to increase performance in the game. There may be common psychological mechanisms in the background (e.g., sensation-seeking tendencies), and shared neurobiological mechanisms may also explain the relationship. The level of alcohol consumption did not correlate with the severity of the symptoms of gaming disorder.

The moderating role of coping mechanisms and being an e-sport player between psychiatric symptoms and gaming disorder: Online survey.

This study aimed to investigate the effect of coping strategies and type of videogame usage (i.e., professional/esport vs. recreational use) on the relationship between psychiatric symptoms (e.g., depression, anxiety) and videogame addiction. The results showed that there is a moderately strong relation between psychiatric symptoms and videogame addiction and that neither coping strategies, nor the type of videogame usage have a considerable effect on this relation.

Autism, Problematic Internet Use, and Gaming Disorder: A Systematic Review.

Psychometric properties of the nine-item Problematic Internet Use Questionnaire in a Brazilian general population sample.

This study aimed to adapt and examine the psychometric properties of the Brazilian version of the Problematic Internet Use Questionnaire (PIUQ-SF-9) in the framework of a multicentric project carried out in 16 countries investigating the cross-cultural aspects of problematic internet and smartphone use. The PIUQ-SF-9 is the short form of the original 18-item PIUQ developed by Demetrovics et al., 2008. It is a nine-item comprehensive screening tool assessing three basic areas of problematic internet use: obsession (i.e., preoccupation and withdrawal symptoms); neglect (i.e., negligence of everyday activities and basic needs); and control disorder (i.e., trouble in controlling internet use). The sample consisted of Brazilian Internet users between the ages of 18 and 89. According to the results the Brazilian Portuguese version of the PIUQ-SF-9 proved to be a valid and reliable instrument to be used in future studies on problematic internet use in Brazil.

Individual Differences in the Association Between Celebrity Worship and Subjective Well-Being: The Moderating Role of Gender and Age.

This study aimed to explore the association between celebrity worship and well-being based on major demographics using the largest sample size for this topic. By exploring individual differences in this association some specific subgroups of fans have been identified that may need particular attention in mental health care. The sample consisted of Hungarian adults aged 18 to 79 years. They were categorized into two groups based upon whether their gender matched with the gender of their favourite celebrity (opposite-gender celebrity worship / same-gender celebrity worship). Women with higher levels of celebrity admiration were more likely to report lower self-esteem than men. Younger individuals with higher levels of celebrity worship experienced more frequent daytime sleepiness compared to older individuals. Gender-based selection of a favourite celebrity had no specific role in the association between celebrity worship and subjective well-being. These results indicate that there is a generally weak but consistent tendency that the stronger the worship of celebrities, the poorer the mental well-being.

Who complies with coronavirus disease 2019 precautions and who does not?

This study aims to examine on the determinants of adherence behaviours (e.g., the use of a face mask and protective gloves, personal hygienic behaviours, keeping physical distance and avoiding social gatherings), as the most important tools to prevent SARS/COVID-19 virus transmission. Based on previous studies, there are specific populations that are particularly vulnerable to COVID, such as people with behavioural and mental disorders and recently diagnosed substance users. These populations might be at bigger risk, compared to people with chronic conditions, so a high degree of adherence to preventive behaviours is required from patients, caregivers, and the wider social environment.

There are factors, which determine the adherence to preventive behaviours. These can be  for example gender (males less likely to behave as recommended) and  age (younger people tend to feel safer, and consequently less likely to avoid social gatherings). Developing ways of engaging men and young people in adopting preventive behaviours and emphasizing the severity of the illness is important. Further research is needed to understand the vulnerable populations’ determinants of adherence behaviour.

Funding and Conflict of Interest Statement

The University of Gibraltar receives funding from the Gibraltar GamblingCare Foundation, which is an independent, not-for-profit organisation and registered charity (no.320). This funding aims to support the launching and development of the Centre of Excellence in Responsible Gaming at the University as well as to contribute to the efforts of the University to conduct scientific research on problematic gambling. The Foundation, however, fully respects the academic independence of the University of Gibraltar and its specific research goals.  It fully recognises it is for the University solely to determine the research study design, collection, analysis and interpretation of data, the content or writing of manuscripts, and any other way the research results are communicated.

A selection of third-party events.