Dr Jennifer  Ballantine Perera is the Director of the University of Gibraltar’s Institute for Gibraltar and Mediterranean Studies and is based at the Gibraltar Garrison Library.  Jennifer holds a PhD in Postcolonial Studies from the University of Kent and was the Research Associate on the Arts and Humanities Research Council (AHRC) funded project ‘Gibraltar Community and Identity’ (2003 – 2006).

With Professor Andrew Canessa, University of Essex, she is the recipient of a major award from the Economic and Social Research Council (ESRC), for their project ‘Bordering on Britishness: An Oral History of Gibraltar in the 20th Century’ which started in September 2013.

Jennifer is Director of the Gibraltar Garrison Library. Her main area of research is Gibraltar, with focus on social and colonial history, British Overseas Territories, constitutional reform and expressions of self-determination. She has presented papers at international conferences and publishes on the subject. Jennifer is the founder Director of Calpe Press, a publishing house dedicated to promoting Gibraltar writings. She was editor of the Gibraltar Heritage Journal (2007-2017) and currently sits on the Editorial Board.

Jennifer is a member of the University’s Research and Research Degree Committee (RRDC) and supervises three PhD candidates. She has recently been appointed President of the Mediterranean Studies Association 2020 conference, which is to be held at the University of Gibraltar on 27 – 30 May 2020. 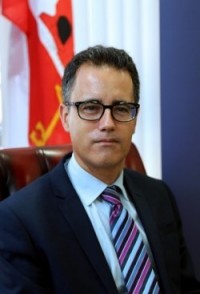 The Hon. Dr Joseph John Garcia MP was born in 1967 in Gibraltar. He is a Gibraltarian historian and politician, and the current leader of the Gibraltar Liberal Party (GLP) and Deputy Chief Minister of the Government of Gibraltar. After being schooled in Gibraltar he attended the University of Hull where he graduated with a First Class Honours degree in history. Subsequently he obtained a doctorate on “The Political and Constitutional Development of Gibraltar 1940-1988”. This was published as the book “Gibraltar: the Making of a People”. It effectively remains the first in-depth history of the political and constitutional development of Gibraltar and Its citizens.

Dr Garcia was a member of the Gibraltar delegation that negotiated the 2006 Constitution with the United Kingdom. He has served on three parliamentary Select Committees on Constitutional and Parliamentary Reform. He has attended numerous political conferences over the years of the Commonwealth Parliamentary Association and of Liberal International.

In 2015 he led the commemorations of the 75th anniversary of the evacuation of the civilian population of Gibraltar during the Second World War. 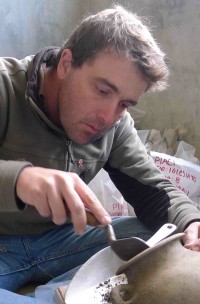 In October 2014 he was appointed Gibraltar’s first Archaeological Officer for the Department of Heritage of HM Government of Gibraltar aiming to bring – together with other stakeholders – Gibraltar in line with international directives on heritage management. While in this role he co-founded  the Fortress of Gibraltar Group (Gibraltar Heritage Trust), a group of local experts dedicated to recording and protecting Gibraltar’s military heritage. In 2016 he was made a CONICET (The National Scientific and Technical Research Council) senior researcher at the Institute of Archaeology of the University of Buenos Aires, Argentina. Here he continues his work on human-environment inter-relationships, especially as it concerns the fragility of water.