These remains are now the object of a major research article entitled “Death in the sun: the bioarchaeology of an early post-medieval hospital in Gibraltar”, recently published in the Post-Medieval Archaeology journal.  The discovery was made at the old St Bernard’s Hospital site – now St. Bernard’s School – in the Upper Town between 2014 and 2017.

Similar to today, Gibraltar between 1462 and 1794 was an important trade hub in the Western Mediterranean, during that period’s Age of Discovery and later on.  The effects of this period of incipient globalisation are reflected in the 251 skeletons of what was then a naval hospice, initially run by local philanthropist Juan Mateos and subsequently by the Spanish hospitaller order of Los Padres de Juan de Dios (now known as La Orden Hospitalaria de San Juan de Dios) from the late 16th to early 18th Century.  The remains, mostly of teenage and young men, included evidence for amputations, surgery and syphilis and were usually buried in small groups in what would have been the courtyard running alongside the church of the hospital.  Tantalisingly, the excavation also revealed the remains of an earlier Moorish occupation at the same site, dating to the 14th and 15th Century.  Ongoing research will reveal more information concerning the role of this key institution throughout Gibraltar’s history, including DNA studies, isotope analysis and further radiometric dating. 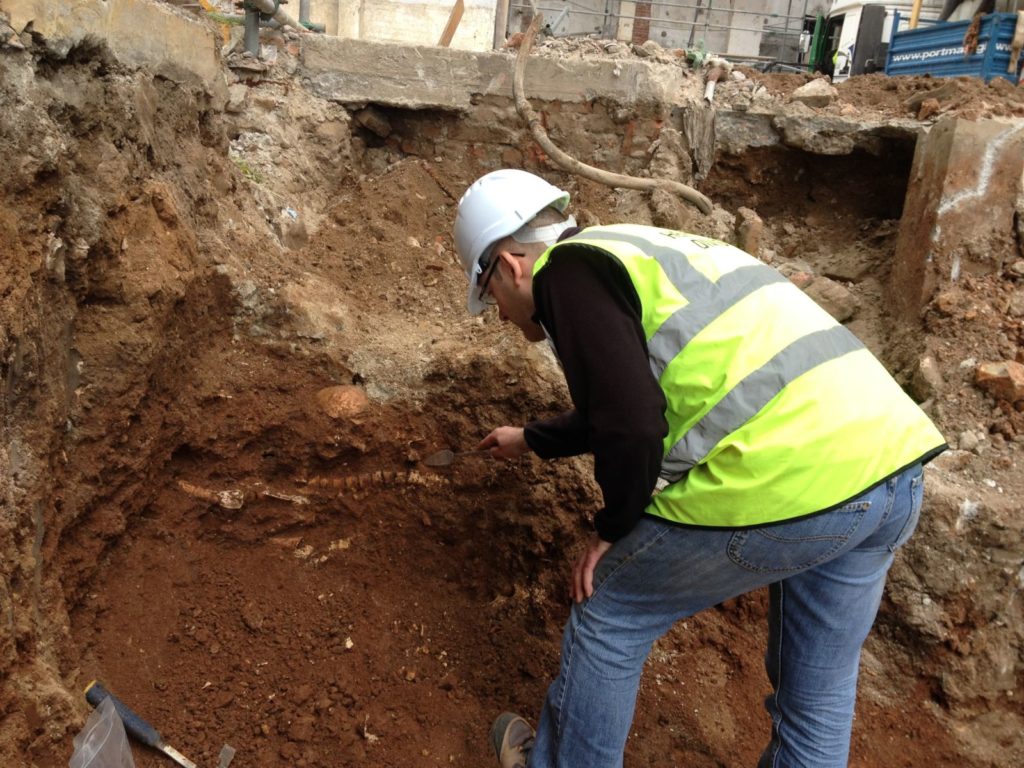