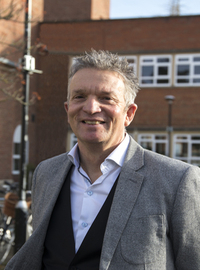 Will Bowen-Jones began his career at the University of Worcester in the Institute of Sport and Exercise Science (ISES), teaching on its under-and post-graduate sports programmes. This was quickly followed with course leadership of the sports studies and PGCE PE programmes, which he relinquished to take charge of Learning and Teaching in the Institute. He held this title from 2004 until 2013, while also adding the title of Head of Quality Enhancement and he was promoted to Associate Head in 2008. During his time in ISES he led a wide range of strategic enhancement initiatives, all of which were designed to improve the student experience. In recognition of his work he was made a Senior Teaching Fellow of the University in 2011.

He is a regular presenter at UK national conferences (e.g. HEA, HEIR), where he also leads workshops on a range of initiatives. He attends key International Learning and Teaching Conferences, (e.g. EDULEARN and INTED) – not only as a presenter but also as Chair of conference symposia. Between 2013 and 2015 he took up a secondment to lead Educational Development across the University and now leads cross-University projects.